Steven Eubanks (to 70 Years of Birthday) *

* Article is published in online edition 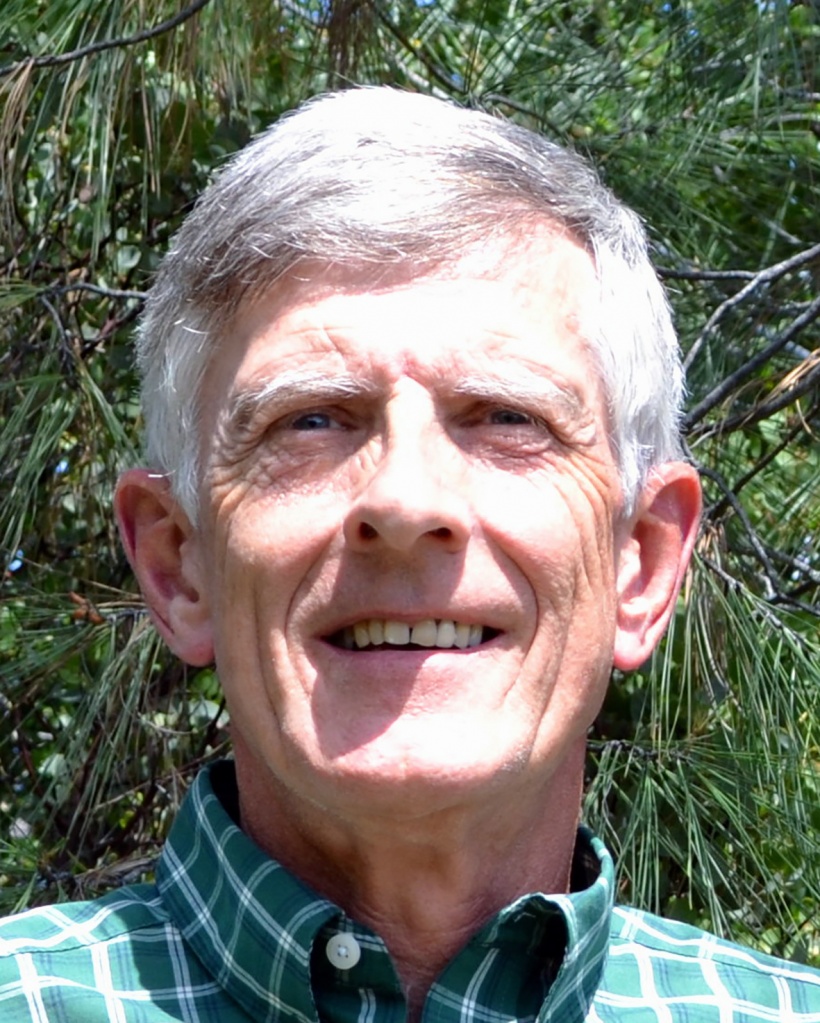 Steve Eubanks was born in Salem, Oregon, U.S.A. on November 2, 1947. He lived on a farm near Salem with his parents and two uncles until he was 10 years old and his family moved into the city. He continued to visit and work on the farm until he completed high school and that experience gave him his appreciation of nature and working outdoors.

When he completed high school, Steve attended the Oregon State University College of Forestry. He studied Forest Engineering, a curriculum that combined forestry and civil engineering. During his college years, he spent each summer working as a temporary employee for the United States Forest Service on several national forests. 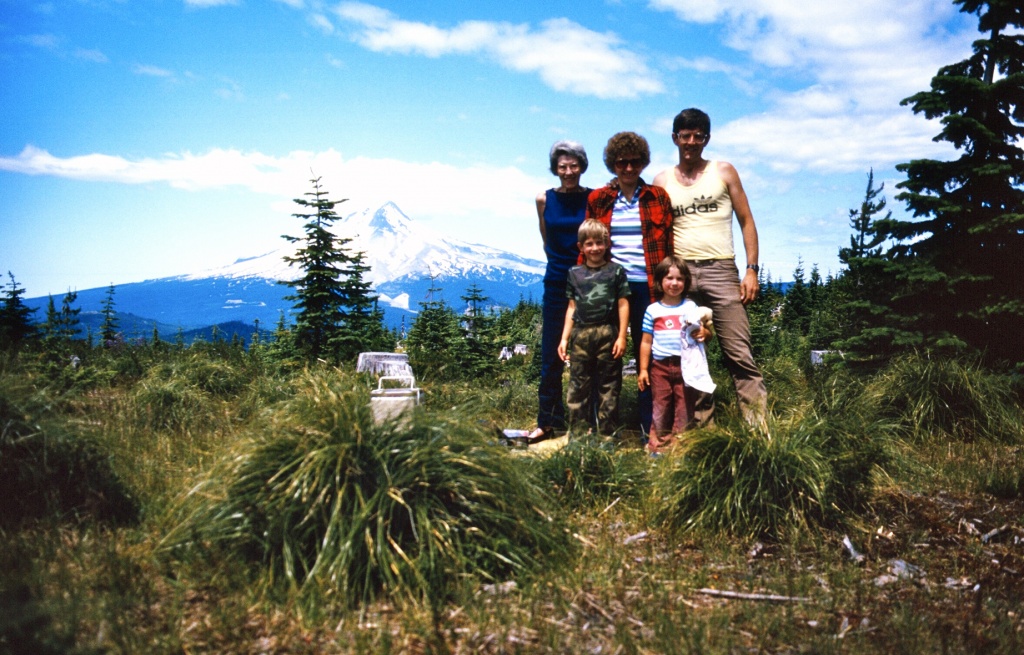 With mother Betty, wife Nancy, son David, and daughter Laura on the Bear Springs Ranger District, with Mt. Hood in the background, in Oregon, 1983.

In 1988, received a promotion to the position of National Recreation Initiative Coordinator in the U.S. Forest Service National Headquarters in Washington, D.C.

During his U.S. Forest Service career, Steve developed a strong partnership with researchers from the U.S. Forest Service Research Branch as well as researchers from other government agencies and universities. This partnership led to development of new innovations in forest management and even to evolution of the Forest Service’s national “Ecosystem Management” initiative that influenced management of all national forests. In addition, many research projects and publications resulted from the collaboration of the partnership. Steve won awards for his work with research and for the technology transfer of the research results.

It was during his tenure as Forest Supervisor of the Chippewa National Forest that Steve first began his work in Russia. In 1995, he was offered the opportunity to be on a U.S. Forest Service team that, in 1994, had started working with Russian partners in the Krasnoyarsk Region on many concepts of sustainable forest management. The trip in 1995 was 4 weeks long and included visits to many areas in the Region and many research projects in order to provide the U.S. Team with a good overview of forestry and forestry research in the Region. A strong partnership developed among the U.S. Forest Service, V. N. Sukachev Institute of Forest, Siberian Branch of the Russian Academy of Sciences, the Russian Federal Forest Service, Lesproekt, Avialesookhrana, and the Predivinsk timber harvesting enterprise with the Central Siberia Sustainable Forestry Project. This partnership has continued, though it evolved to include the Krasnoyarsk Regional government after 2007 when responsibility for management of the region’s forests transferred to the Regional Government. 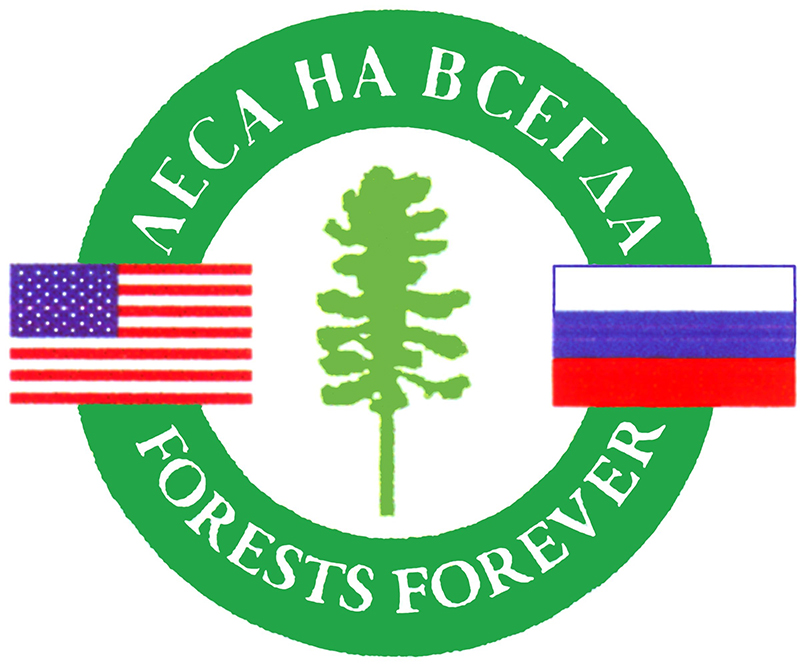 The symbol of the Central Siberia Sustainable Forestry Project. The central image is a Siberian stone pine and the two flags represent the strong cooperation between Russia and U.S. for the project. 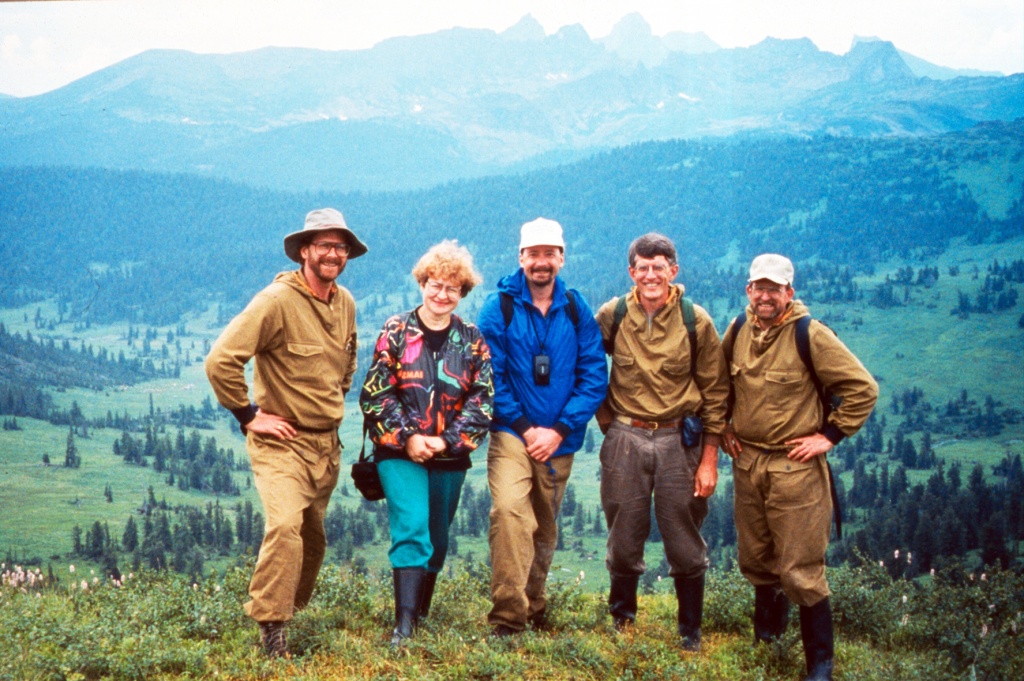 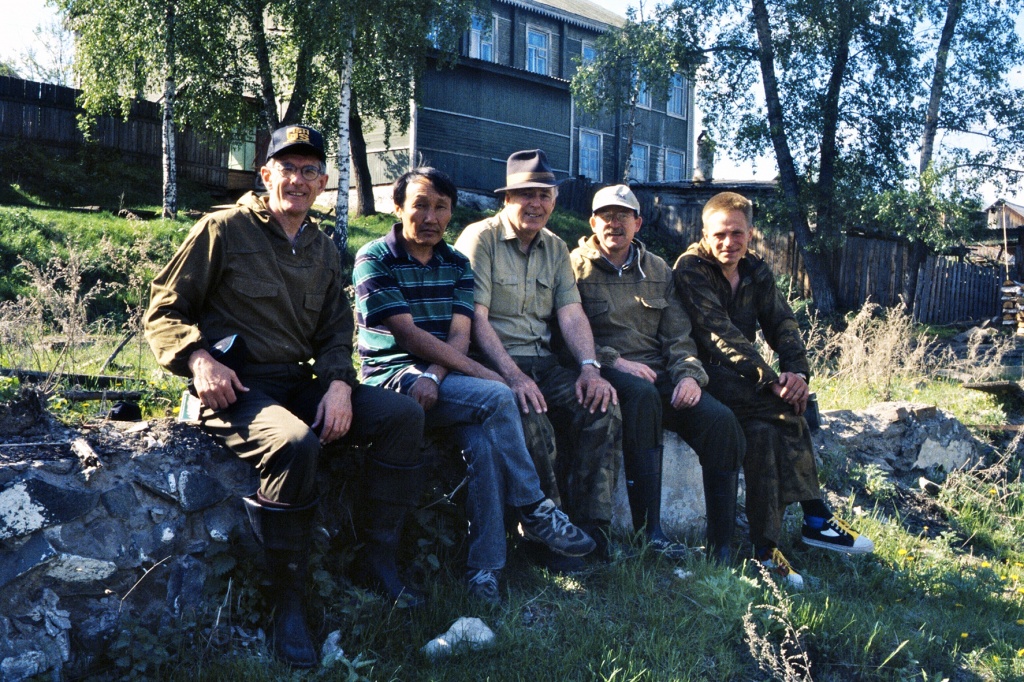 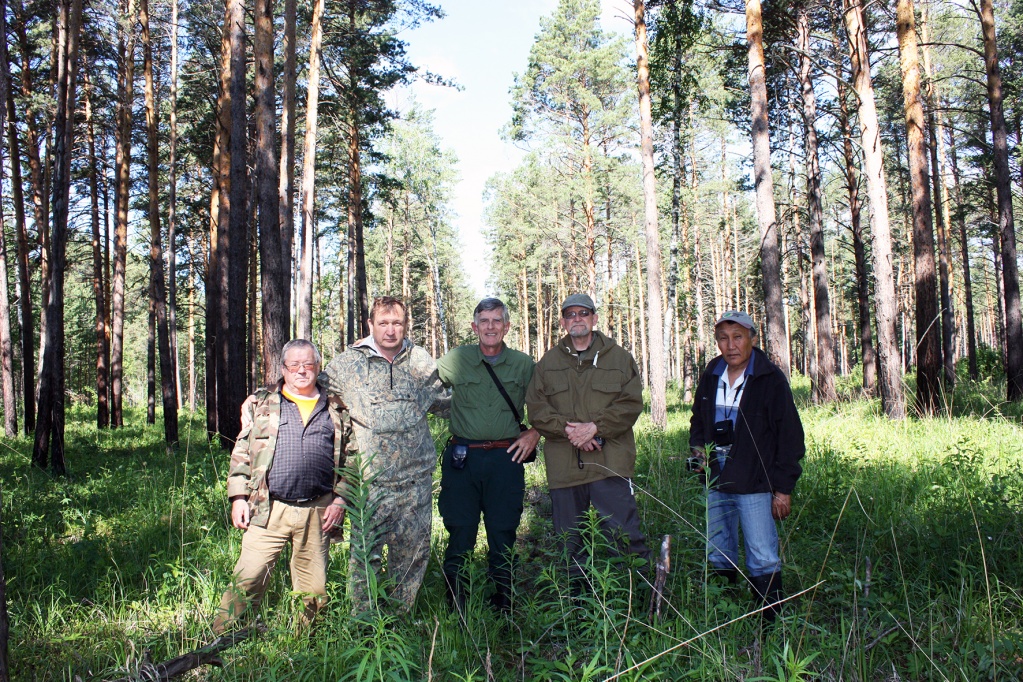 While Steve’s work in Russia has been primarily in the Krasnoyarsk Region, he has also visited other regions: Karelia, Altai, Gorno-Altai, Irkutsk, Novosibirsk, Buryatia, Primor’ye and Khabarovsk. This has abled Steve to see a broad range of forestry-related projects and meet many colleagues involved in forestry work. And this has given Steve a broad understanding of forestry and forestry issues across Russia.

Since beginning to work in Russia, Steve has had the pleasure of hosting many forestry colleagues from Russia, often at his home. He has been able to show them various aspects of forestry work in the U.S. and has continued to learn from them as well. He welcomes more such visits from colleagues in the future. During one such visit in December 2009, a team representing the Russian Federal Forestry Agency, presented Steve with a Russian Forestry Society Medal for his long-term work in Russia, an honor he values greatly. 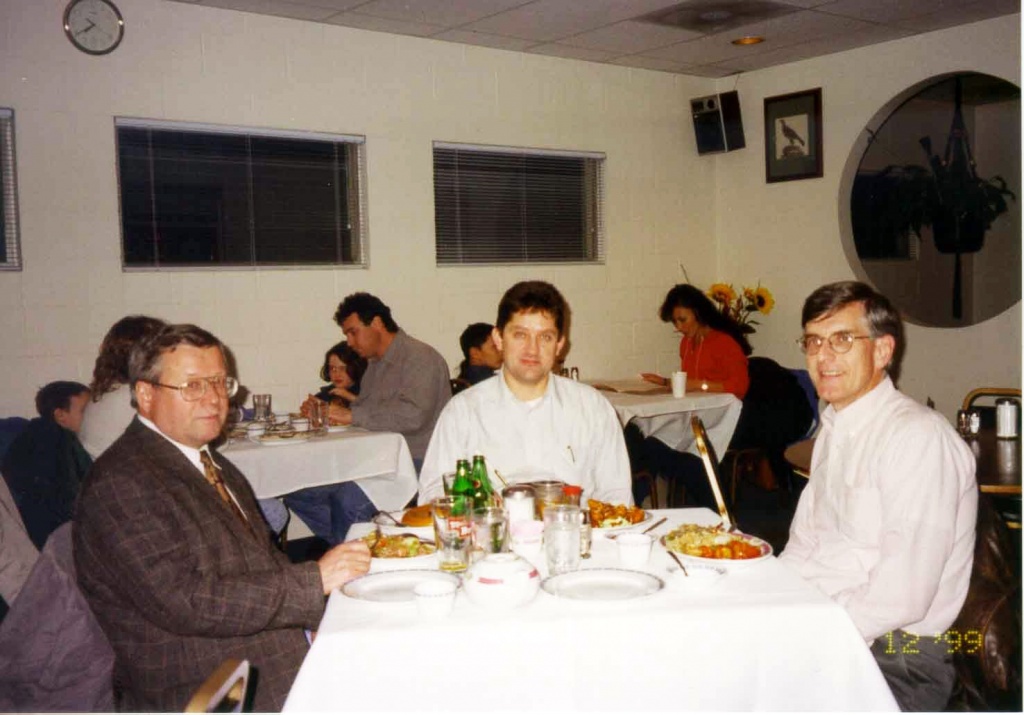 With Vladimir Sokolov (left) and Igor Danilin (in the center) during their visit to the U.S., California, 1999. 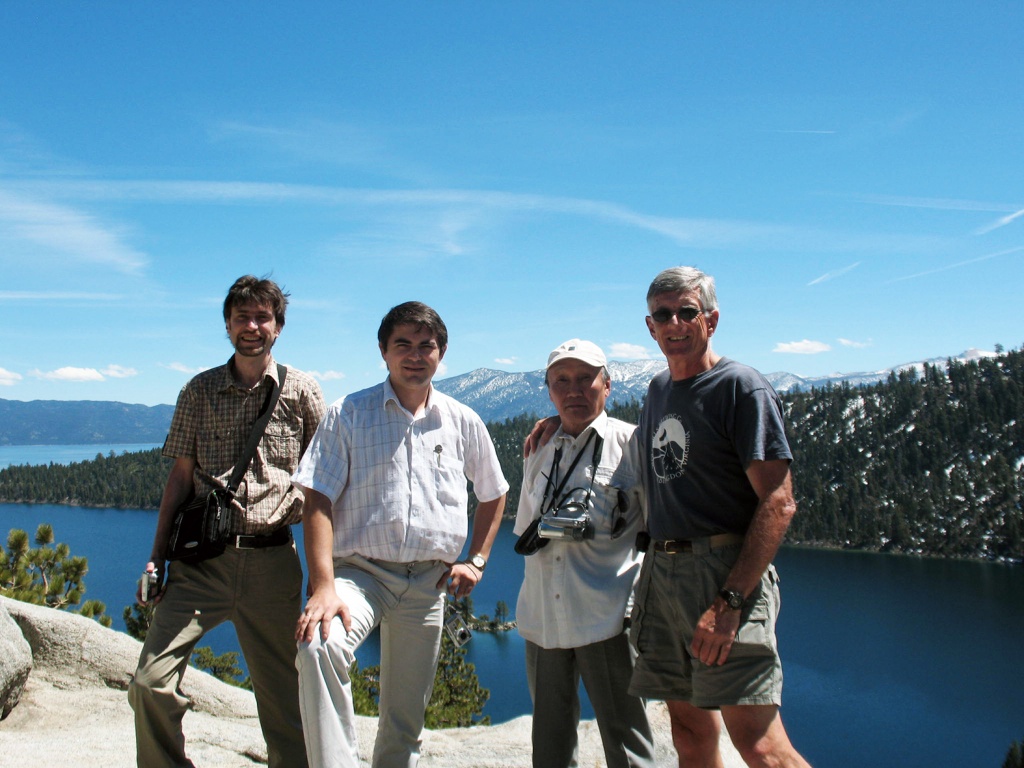 With Eugeniy Ponomarev, Dmitriy Selin, and Yegor Kisilyakhov (from left to right) at Lake Tahoe, during their visit to the U.S., California, 2012.

In 2014, Steve began editing the English language versions of abstracts and articles for the Siberian Journal of Forest Science and was asked to become a member of the Journal’s Editorial Board. This has given Steve a unique opportunity to assist the Journal but also to read many interesting articles from researchers involved with a wide range of forestry-related projects.

Most recently, Steve was asked to be a Judge/Juror at the Russian International Junior Forester Competition in Moscow. This was a very interesting assignment as Steve was able to meet and talk with judges and junior foresters from 27 other countries and see excellent presentations from young foresters who are working on many valuable projects.

Steve has greatly valued his opportunity to work in Russia. He has been able to meet many talented people who value forests and to gain a good understanding of Russia, Russian forestry and Russian people. But most of all, he has been able to make strong friendships with forestry professionals who have shown much kindness in hosting his visits and in helping him learn. He hopes he will be able to continue his work with Russia for many years.

Friends, colleagues, Editorial Board of the Siberian Journal of Forest Science cordially congratulate Steve with the jubilee and wish him strong health, peace, prosperity, and many happy returns in his life!