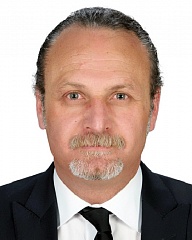 Özden Sezgin, born in 1965 in the city of Trabzon, Turkey. Graduated from Karadeniz Technical University, Faculty of Forestry in the city of Trabzon, Turkey (1990), MSc. (1995) and PhD (2000) in Forest Economics from Istanbul University, Turkey. He has been working for Faculty of Forestry in Cankiri Karatekin University since 1997. In 2012 appointed as Professor of Forest Economics and Policy at the same faculty. He has also been Head of Forest Economics Department since 2002. At the same time he has been the Director for Graduate School of Natural and Applied Science in Cankiri Karatekin University since 2008. Editor-in-Chief for the Journal of Forest and Hunting, of the Foresters’ Association of Turkey since 2008. Member of editorial and advisory board for several national and international scientific journals. Organized and coordinated several national and international meetings. Author and co-author of more than 50 peer-reviewed publications. Some of them: «Ottoman forestry: socio-economic aspects and its influence today» In «Ciência Rural», 2012; «Health problems and conditions of the forestry workers in Turkey» In «Afr. J. Agr. Res.», 2011; «Interactions between rural migration and land use change in the forest vilages in Gökçay watershed» In «Turk. J. Agr. For.», 2011; «Relationship between a natural monumental stand in Turkey and local beliefs» In «J. Environ. Biol.», 2010; «How can Turkey's forest cooperatives contribute to reducing rural poverty?» In «Unasylva», 2010.