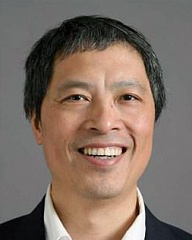 Chen Jiquan, born in China. Graduated from Inner Mongolia University, College of Life Sciences, with BSc in Plant Ecology, in the city of Hohhot, Autonomous District Inner Mongolia, China (1983). Chinese Academy of Sciences, Research Center for Eco-Environmental Sciences, State Key Laboratory of Urban and Regional Ecology, with MSc in Forest Ecology, in the cities of Beijing and Shenyang, Liaoning Province, China (1986). PhD studies in Ecosystem Analysis (Environmental & Forest Sciences, PhD) at the University of Washington, College of the Environment, School of Environmental and Forest Sciences, with PhD in Ecosystem Analysis, in the city of Seattle, the state of Washington, United States (1991). Postdoc training in the Center for Stream Side Studies, Water Center, School of Environmental and Forest Sciences, College of the Environment, the University of Washington, in the city of Seattle, the state of Washington, United States (1992-1993). Distinguished University Professor (DUP, 1994-2013) for the University of Toledo, College of Natural Sciences and Mathematics, Department of Environmental Sciences, in the city Toledo, Ohio, the United States. Professor for the Landscape Ecology and Ecosystem Sciencе Lab., Center for Global Change and Earth Observations (CGCEO), Department of Geography, College of Social Science, Michigan State University, and an AAAS Fellow (Biol Sci., 2011), in the city of East Lansing, the state of Michigan, the United States (since 2014 to present time). Broadly interested in ecosystem science and landscape ecology. Research on forest edges, three dimensional canopy structure, ecosystem carbon and water fluxes, energy balance, riparian zone management, and fire ecology has been funded through > 70 research grants and has been very influential in ecology, carbon/water cycle, forest management, and micrometeorology. Proposed that the Ecological Society of America establish Asian Ecology Section, which that did and he was elected as the first chair (1996). Serves as a chair of the Landscape Ecology Working Party of the IUFRO (2004-2012), the chief scientist for the US-China Carbon Consortium (USCCC), and the Organizing Professor and Chair for the Advanced Ecology Lectures at Fudan University, in Yangpu District, Shanghai, People's Republic of China (2004-2010). Editor-in-Chief for peer-reviewed scientific journal "Ecol. Processes", Editor-in-Chief for: ESA "Ecosystem Sciences and Applications" book series, the Higher Education Press, and DeGruyter. Associate editor for over a dozens of peer-reviewed scientific journals. Past president of Sino-Eco Association (1992-1993). President for the Chinese Association of Greater Toledo (2005-2008), and president of Chinese Faculty and Staff at UT (11/2008-5/2010. Charles Bullard Fellowship in Forest Research (Forest Dynamics and Ecology) at Harvard Forest, Harvard University (1999-2000). Recipient of the Outstanding Research of the Sigma Xi (2004), and Outstanding Faculty Research Award (2006), of the University of Toledo. Author and co-author of more than 250 scientific publications (excluding the 20+ in reviews) and eight books since 1992.